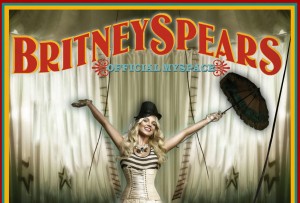 I stumbled across a piece on MSNBC today about Britney Spears advertising for a “Britney Spears 2.0 Media Manager”. I paused and momentarily thought about how manufactured some of the music industry “pop princesses” have become. I’m no fan of Ms. Spears, but I, along with every other American who has an internet connection, couldn’t help but watch that train wreck shave off all her hair and beat a car with an umbrella a few years back. Now that her father is in charge of her affairs and her image, this in some semblance of saneness does make a logical sense (using a social media ghost writer) if you are trying to control every aspect of a persona that’s been manufactured (and not have a Lindsay Lohan MySpace situation).

There are some cases in social media that expecting to speak to “the person”, pr having a conversation with “the person” is generally accepted as “not going to happen”. Take for example Barack Obama. Most people on Twitter or Facebook understand it isn’t exactly Barack Obama speaking to you, it’s someone he’s appointed from his campaign team to handle that interaction. Thus, in a sense, a ghost writer. There’s sort of an “unwritten rule of understanding” in these types of situations. It works in these types of situations because in the case of Barack Obama’s team, they were very focused on bringing back the feedback to Obama and his senior staff and have a conversation about it. That knowledge alone is enough for people to feel like they were having a conversation with a “team” that cared. It works because everyone is on the same page on the team and understands its about conversation, not about just “having a profile and adding friends”.

The Spears job ad has a requirement of “you are addicted to social networks such as MySpace and Facebook. … You are a popular culture addict and passionate about the intersection of Silicon Valley and Hollywood.” 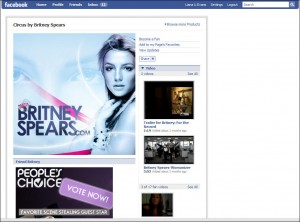 This job requirement makes me stop and think. Do these people even understand these social networks or social media outlets at all? Just because you are an “addict”, doesn’t mean you understand how the online social sphere works. With these record labels so closely manufacturing these images, you’d think they’d have a clue!

What If We Use a Ghost Writer, What’s the Worst That Can Happen?

Clients ask “does it have to be our CEO working our social media profile?” No, but it should be an experienced, seasoned company professional that knows your brand, marketing and the direction your company wants to go in that is representing you out on the social sphere. You should also be transparent. Don’t have someone running around on these social networks pretending to be your CEO, that just makes for really bad situations.

Clients ask “can we have a ghost writer for our CEO on the blog?” I strongly caution against this, for many the same reasons as not to have a CEO “ghost written” social media profile. If your ghost writer does not intimately know your CEO, how can they reflect their tone, idiosyncrasies, humor and inflections? What happens if your CEO is so out of touch, doesn’t read the blog he’s got someone ghost writing for him, and lands in an interview on the Today show and Matt Lauer asks him about a piece he wrote for the blog? Uh oh, big trouble.

But it gets worse with social media. If your “ghost writer” starts having conversations with customers or fans that you don’t know about, and then you come in contact with these fans at events and they mention these conversations and you have no clue what went on, its you with the egg on your face. But it doesn’t end there, word of mouth spreads, “do you believe he didn’t even remember our conversation we had on Facebook about xxxxx? What a farce, it probably wasn’t even him!” From there is just moves from person to person within these social networks and the trusting base you so meticulously grew with your ghost writer is gone because of one interaction gone wrong.

In some cases, ghost writing makes sense and its acceptable. Character blogs, like Robin Scorpio of General Hospital, are the ideal example of this, as is the Barack Obama situation. But in general I strongly caution against ghost writing anything on any social media platform. Every situation is different, however, not knowing or not controlling what’s going on with your social media profiles and just handing the “keys” over to a ghost writer is just asking for another WalMart fiasco to happen with your brand.

3 thoughts on “Are Ghost Writers for Social Media Profiles Wise?”