I’ve seen a lot of discussions over the last few months about what kind of companies do well in social media. Is it the small businesses because they are nimble and can turn things around on a dime? Or is it the large companies because they seem to have the unlimited resources – both money and staff – to pull off the dedication needed to implement a successful social media strategy? I don’t believe there is really a “true” correct answer to this question if you are just comparing the “size” of the company based on number of employees or yearly revenue.

What it comes down to is the dedication of the company to the social media strategy being successful. If the company has a social media champion within its walls, someone who understands that its not about direct correlation of click to purchase, but can still identify realistic objectives to measure for obtaining goals, that is a huge advantage no matter what the size of the company. 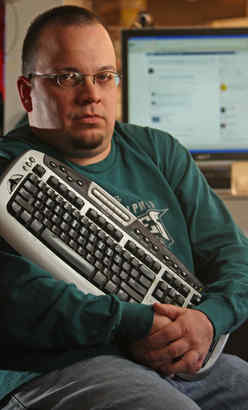 While having a significant budget available for marketing efforts, or having a team that can dedicate the time does help, at the end of the day, that isn’t necessarily an advantage. If your senior management isn’t on board with the efforts you are trying to push forward, if they do not understand that its really tough to measure successful via click correlation, if they think the social media is just “for kids”, all the resources in the world won’t help you be successful because you lack the buy in from the senior management to attain your goals.

Looking at the other end of the ladder, having too many resources can be just as much of a problem, especially if they are not all on the same page when it comes to your strategy in social media. Making sure all of your resources are filled in on what the company’s message is, how to act in the social media space and what affects their efforts could have on the final outcome of the strategy is vital and key to success you wish to attain. It’s also not just the direct team that is involved with implementing your strategy. If you are a huge company, you have to stop and realize that social media touches everyone within your company who has access to a computer, and not just access to a computer on company time.

The Philadelphia Eagles had (and still don’t to my knowledge) no social media policies in place, they have never spoken to its employees about how to conduct themselves on these social media sites and most of all – they never got buy in from its staff on the messaging they are trying to convey to the public. What makes the Eagles look even worse is not only does Mr. Leon have a disability, but he also has shown off his certificates for a job well done with the Eagles. Top that off with Brian Dawkins giving Dan Leon his game day tickets when he comes back this year to play at Philadelphia, the Eagles organization just really looks bad all around, despite the fact that Mr. Leon did something out of line. BTW, the Eagles’ resources are upwards of multi-millions of dollars.

While small companies can move a lot quicker and be more nimble because there’s a lot less red tape to cut through, it doesn’t mean it creates an advantage for them when it comes to finding success in social media. Sometimes being able to move so quickly can cause companies to not really be able to see how things in social media play out. Then add in the “Bleeding Edge” of technologies in this space, some companies can fall into the trap of the “shiny object syndrome” by implementing new technologies every month because they are so small and nimble enough to be able too. That’s not only not wise and its also not good for your audience. People need time to adept and accept in the social media realm, changing things out as quickly as a new “Google Killer” appears on the internet can really be a detriment to your social media strategy.

Just because your business is small, you are the owner and you love Digg, doesn’t necessarily mean that Digg is the right choice for your business to utilize when it comes to your marketing efforts. There is something to be said about taking a somewhat methodical approach to your strategy, rather than looking at how easily you can implement something. Taking the time to understand that your audience is in Flickr or on a message board and mapping out the right strategy will make you more successful than small enough to be being able to switch gears each month hopping from efforts in Digg, to Facebook, to Plurk and so on.

What Creates the Social Media Advantage?

There’s a lot of factors that create an advantage in social media and it’s not the size of the company’s work force or the revenue they bring in. It’s not actually one thing either, it’s a combination that can create some significant advantages for your company to utilize social media. These are just a few of those components:

At the end of the day, the discussion of who’s better in social media – Big or Small Companies – is actually not really a good discussion. It’s more about the openness to changes and the ideas of different types of marketing approaches that is really at the root of this discussion. Big, small, red tape, nimbleness, are really moot points, unless you have the buy in from the right areas of your company to implement your strategy. Without a cohesive strategy, no matter what size your company is, most ventures into social media will fail.