I recently highlighted how social media newcomer Pinterest is good for SEO, and it’s useful for local SEO as well. Another relative newcomer worth looking to for optimizing infographics is Visual.ly.

Check out how Visual.ly has grown content in the last few months:

Visual.ly's content has grown to over 5,000 images in just a few months.

Their growth in numbers of fans on Facebook has been really good, too: END_OF_DOCUMENT_TOKEN_TO_BE_REPLACED 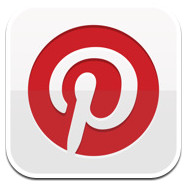 Pinterest appears to be gaining traction really quickly right now. If you aren’t familiar with it, it’s a image sharing site which provides theme based “image boards” which people can “pin” items to (think of the old cork bulletin boards people hang on walls and pin photos and pieces of paper to).

It seems unusual to see a new image-sharing type of social media site to be gaining so much ground, and so quickly. This could be happening due to beneficial attention from influential people who may be serving as “mavens” as Malcolm Gladwell describes them. With significant people such as Jeremy Stoppelman (involved in early PayPal, Yelp, etc) as initial investors backing it, it has gotten pretty good industry attention.

I have written numerous times about image SEO and leveraging social media image sharing sites in the past as a means for building PageRank when doing search engine optimization, so I may have to update my comparison matrix for image sharing sites for SEO value in order to rank it.

Pinterest’s homepage has a toolbar PageRank value of 6 currently, but nearly 16 million pages are indexed! Even more wonderfully from a search marketer’s viewpoint, the dreaded NOFOLLOW tag is not in use as of yet, so links included with images can pass PageRank. For instance, this page of wedding photos contains links which pass PageRank (although, arguably the links could be slightly more optimal if they weren’t opened into new windows with the target=”_blank” parameters in the link tags). Pictures from Pinterest.com are showing up nicely under image search results, too. END_OF_DOCUMENT_TOKEN_TO_BE_REPLACED 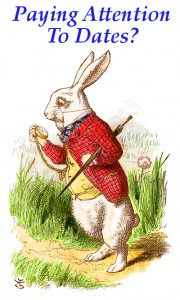 Last week’s announcement that Google has tweaked algorithms to rank fresher content higher in many cases (purportedly 35%! more often) isn’t a complete surprise for those who follow SEM Clubhouse. I previously wrote some on how Google may rank pages with dates higher and many of us in the SEO field have already known that freshness is an important factor for blog posts, news articles, and some other types of content such as images. But this current announcement indicates that the search engine views recency to be more important for a wider variety of content and topics than it was previously.

As you may recall, Michael Gray and I differed on this point — he suggested that one should opt out of having dates on pages because Google displays them willy-nilly in snippets, and they may frequently prejudice users from clicking through if other content with more recent dates is available in the same search results page. In contrast, I argued that Google’s usability testing apparently found that users often prefer to see the dates in the SERP listing snippets, and that factoid makes it an element that Google’s algorithm might prefer slightly for ranking purposes. Even if the algorithm didn’t give advantage to pages with dates, their research indicates that it might still increase user CTR to the webpage, which can indirectly improve rankings over time. Both Michael and I provided caveats, however, and acknowledged that their are exception cases.

In that earlier post, I provided a decision matrix which I believe supports my general stance that having the dates is likely beneficial in more cases than not. In it, the green check marks are cases where having the date is probably advantageous, while the red exxes indicate cases where it might not be helpful: END_OF_DOCUMENT_TOKEN_TO_BE_REPLACED Mike organized a really humorous experiment to illustrate this issue when he asked a handful of us to go in and flag Google’s own corporate headquarters as “closed”. END_OF_DOCUMENT_TOKEN_TO_BE_REPLACED

Last week at the SMX East conference in New York, I both sat in on sessions concerned with Google’s Panda algorithm updates and spoke on one of them. One thing which really struck me is how extraordinarily unified fellow search marketing experts were about both the causes and solutions to sites which were impacted by Panda! Each marketer spoke about improving sites’ quality, usability, and overall user experience (“UX”). For those of us who have been following Google’s evolution over time, the Panda updates actually weren’t all that surprising. For me, the emergence of Panda seemed very familiar, harkening back to perhaps as far back as 2006 when Google clamped down on affiliate sites. At that same time, Henk van Ess revealed how Google was hiring on temporary quality evaluation staff to rate search results. In Google internal documents which van Ess exposed, the evaluators were instructed to give poor ratings to spam content, porn ranking on inappropriate keyword phrases, and “thin affiliate content”. It became clear very quickly that the negative human ratings for “thin affiliate content” were related quite closely to the virtual penalization that many affiliate sites experienced at that time.

What Google was focusing upon in reducing the ratings of “thin affiliates” were instances where a search results page would be filled up with links to pages which all had virtually the same content, and where those pages often weren’t the final destinations of the people who landed upon them (obviously, with most affiliate sites one clicks-through to the actual retailer’s site where more information could be found and orders could be placed). From Google’s perspective, it was a poor user experience for there to be millions of pages indexed which had all essentially identical content and which often edged out other more-worthwhile pages which consumers might prefer.

From all of the information around the “Panda” Updates, it seems highly likely to me that Google is continuing to leverage their human quality evaluator staff, along with a number of other automated metrics which they could also incorporate in determining quality of pages. END_OF_DOCUMENT_TOKEN_TO_BE_REPLACED